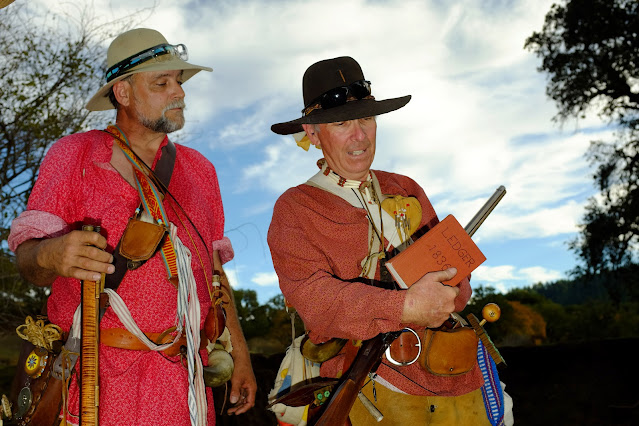 An epidemic of ennui has struck down nearly all of the settlers at Fort Consumption. When news of their plight reached the settlement at Station Airey, arrangements were made to send a chest of medicine to the fort, along with Dr. K. A. Bloom, to administer to the sick. They had been gone for five days when they realized they were being followed by hostiles. To prevent the medicine from being stolen, Dr. Bloom cached it on the banks of a small stream. He made written notes on how to retrieve the chest.

You and three hearty companions are hired to return to the doctor’s starting location and, using his detailed instructions, retrace his steps to the location of the medicine chest and bring it to the Fort Consumption.

Origins: In 2003 Dennis Tognetti, along with Ray Cole and Jeff Rush, came up with the idea to throw an Autumn Trek. The event was a combination of marksmanship, survival skills, and teamwork, and was designed around a scenario that could have easily played out in the 1830's. Each four-person team was evaluated on how well they managed to survive a variety of challenges ranging from hostile natives to neon-green snakes and wanton women.  Every year Dennis re-invented the trek by adding some new obstacle for the Trekkers to overcome. In 2009 Dennis invited Terry Weaver to join them. Sometime around 2014 Dennis asked Michael George to join the unofficial Trek committee. This turned out to be a good thing. When Jeff moved out of state and with Dennis delegating more and more responsibilities, Terry and Michael put on the Trek for 2 years until its cancellation in 2020. It returned in the fall of 2021.

With help from these dedicated volunteers, the Trek became the high point of the Rendezvous season, and in my opinion, nothing came close to the excitement of pitting your team's survival skills against the clever confrontations created by Dennis and his committee. 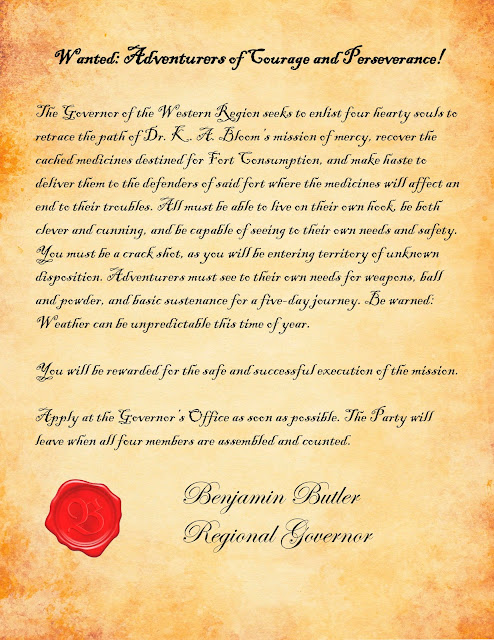