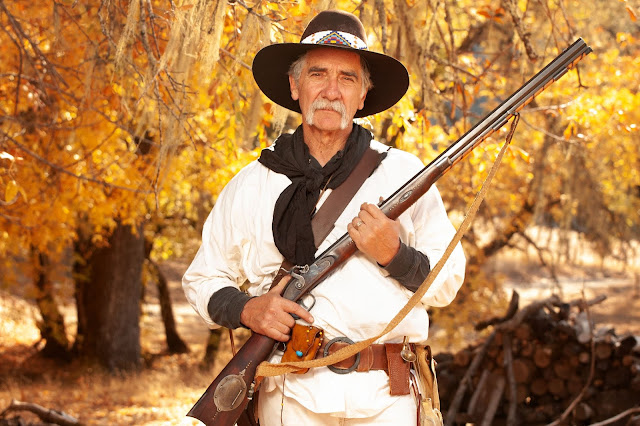 The Dress Point: One additional point is awarded to shooters who are dressed in period correct costume. Shooters must wear three period-appropriate items from the following list: Hat, Shirt, Pants, Wide Leather Belt, and Period Correct Footwear (no synthetic soles).

One source for Rendezvous ready clothing is Crazy Crow Trading Post. You can see their Mountain Man clothing by clicking here. 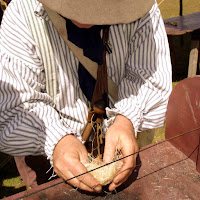 The Fire Start : One additional point is awarded to shooters who can produce "flame" using a flint and steel in twenty seconds or less. Shooters provide their own char cloth, flint, and steel. The club provides the tinder for your "birds nest".


Time will start from the first strike of the flint against the steel, and end when flame is visible. Smoke does not count.


Your fire starting kit must consist of a convention fire starting steel. It cannot have a half sole (If you don't know what that is, you don't have one.) Your "flint" must be a natural stone.

This video was provided by Townsends, purveyors of period-correct clothing and accessories from the colonial period through the mid nineteenth century.

Tie Breaker Target: In all Trail Walks, the score card has a small target printed in the center. If two shooters are tied, the one closer to the center of the tie breaker gets the win.

It is suggested that everyone shoot this tiebreaker target first. If you are tempted to wait until the end of the course, a miss could wipe out a record of a previous hit. 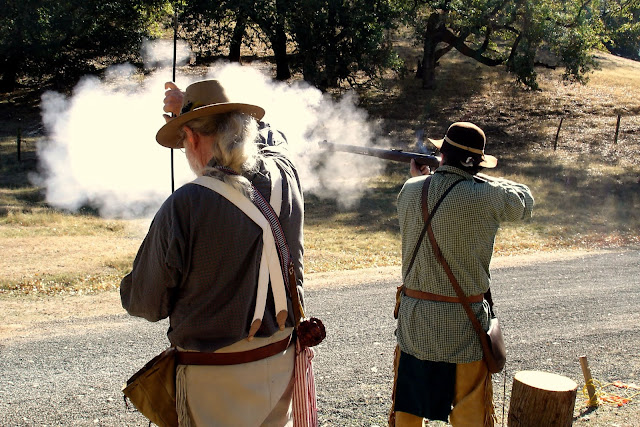 Rifle Trail Walks: Groups of shooters (maximum of four) move from station to station, shooting at the designated target. Markers are posted to help the shooter identify targets and to help prevent crossfires. Shooters who are not firing will serve as spotters to help record the hits and misses. In cases with multiple targets or scoring options, the shooter must call the target before firing. 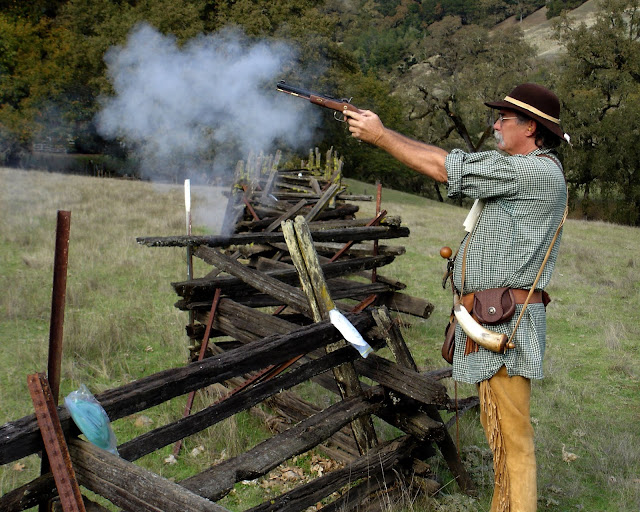 Pistol Trail Walk: Targets in the Pistol Trail Walk are placed a shorter distances than those used in the rifle course. Shooters may use one or two hands, but may not use support of any kind. Percussion revolvers may be used, but only one chamber may be loaded at a time. 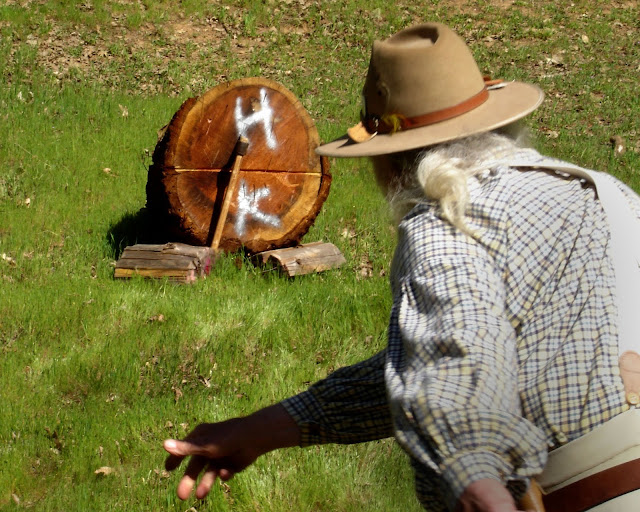 Hawk and Knife Trail Walks: A variety of tomahawk- and knife-friendly stumps are placed at a variety of distances and levels of difficulty. In this photo, the thrower must stick his 'hawk in the "H" half of the target, and his knife in the "K" half. Competitors may be required to throw weak hand, so be sure to practice your alternate throwing techniques.

There is a practice Knife and Hawk target available for warming up.